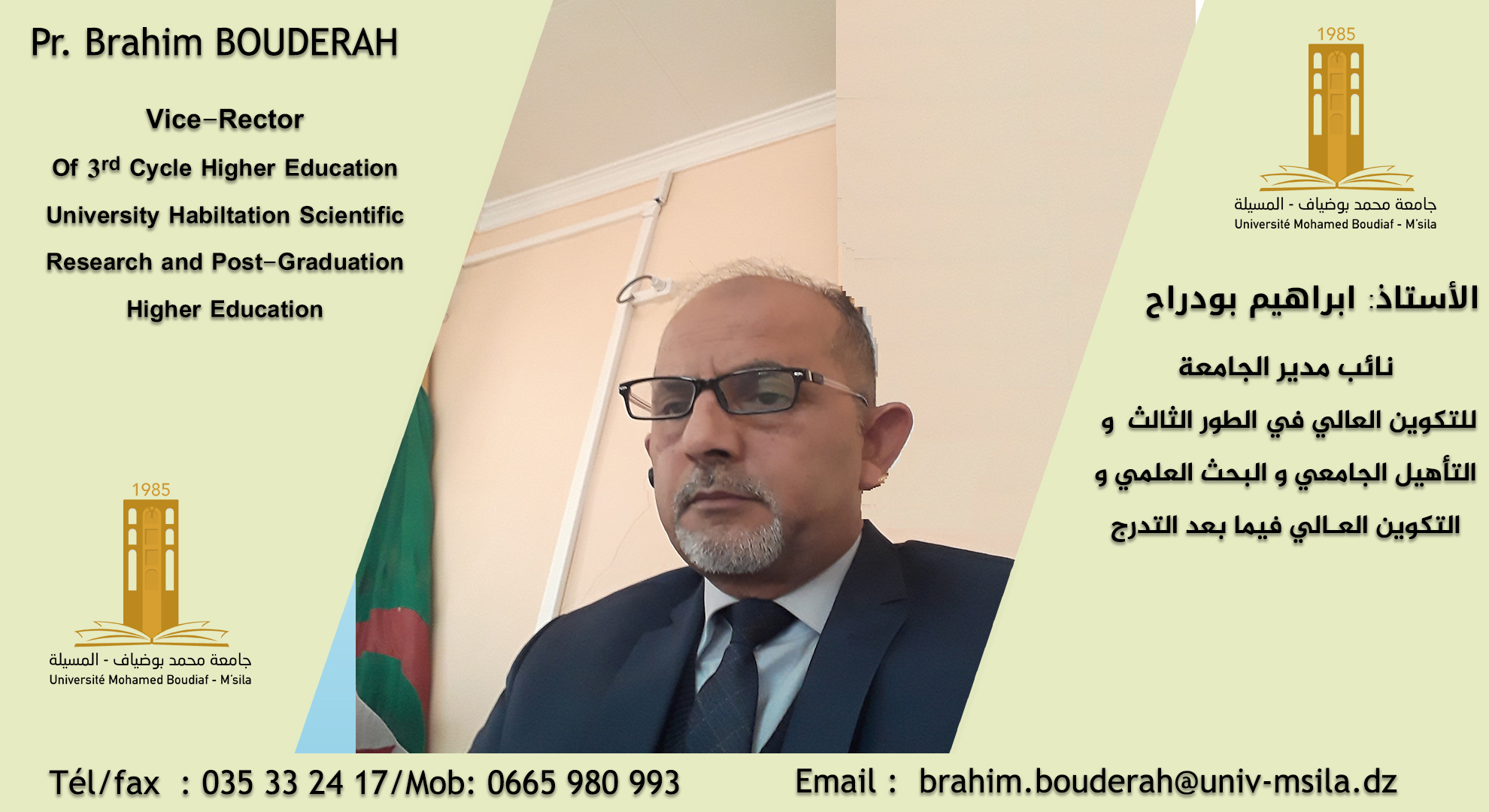 The Mohamed Boudiaf  University of M’sila, has adopted a strategy in developing training in the doctorate, which mainly focuses on diversification and opening as many disciplines as possible, while ensuring the quality, and that the number of open positions is carefully studied.

The university also worked on obtaining new branches in the Ph.D. sciences, as we moved from only 08 majors in 2012 to 16 majors in the year 2015. This allowed opening the way for university lecturers to obtain university qualification in these majors, which allowed them to be promoted to the rank of course – A-

On the other hand, the university has increased the number of scientific research laboratories from 08 laboratories before 2010 to 27 laboratories in 2015, which represents a qualitative leap that reflects the direction of Mohamed Boudiaf University towards strengthening the activities of researchers for research and publishing, and raising the university to the first ranks for classification of national and international universities, which is the goal The main for the next two years.